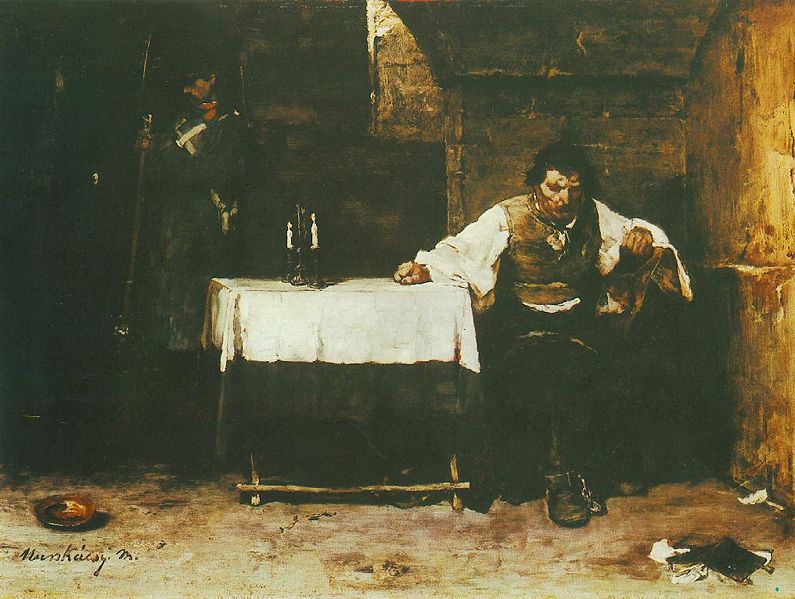 The year is 1918, and we’re at the Texas State Penitentiary in Huntsville. It’s a rather big day for prison guard Bertram Stokes, who is polishing his leather boots with a tin of blackening paste while he eats half a cheese sandwich, trying not to stain the bread, failing, and then eating it anyway. When he can see his freshly-shaved, pink face in the surface of the boots, he sets them aside and dons his crisply-pressed uniform. Needless to say, this is an occasion where he wants to present well. After he’s dressed, he slings a bolt-action rifle over his shoulder and walks from the guard barracks out into a small courtyard where the prisoners usually spend their mornings playing tetherball; throwing dice; and exchanging pornography, cigarettes, and shanks. Sometimes there’s a soccer ball, but this is America, and no one really knows what to do with it. Today, all but one of the prisoners is in their cells. Today, there’s going to be an execution. Bertram joins four other men who will comprise the hastily assembled firing squad.

Bertram is not pleased when he notices the other men’s careless appearance. After all, taking the life of another man is sacred. On the other hand, the condemned man, Gustavo Flores, a Mexican-American who everyone knows was wrongfully convicted, is a study in careless composure. His long, uneven haircut, three-day beard, and wrinkled prison uniform somehow compliments his confident gaze and compelling brow. As Bertram and the other executioners take their positions, the warden receives a phone call from Govenor Hobby, but the man just wants to know if they’re just on for badminton next Thursday. There will be no stay for Gustavo Flores, the Governor mentions casually, but only after being asked.

Despite his Mexican heritage, Flores is liked by both prisoners and guards, so the phone call was kind of disappointing to everyone in the little courtyard—except for Flores himself. Flores accepts the cigarette, but refuses the blindfold because a man should look his executioner in the eye. As he inhales the harsh, unfiltered Raleigh tobacco, he looks to each man on the squad, finally settling on Bertram Stokes, who is the only one whose expression shows no conflict. But Bertram’s eyes are not cold, and Flores decides that they will be the last thing he sees as he passes into the next world.