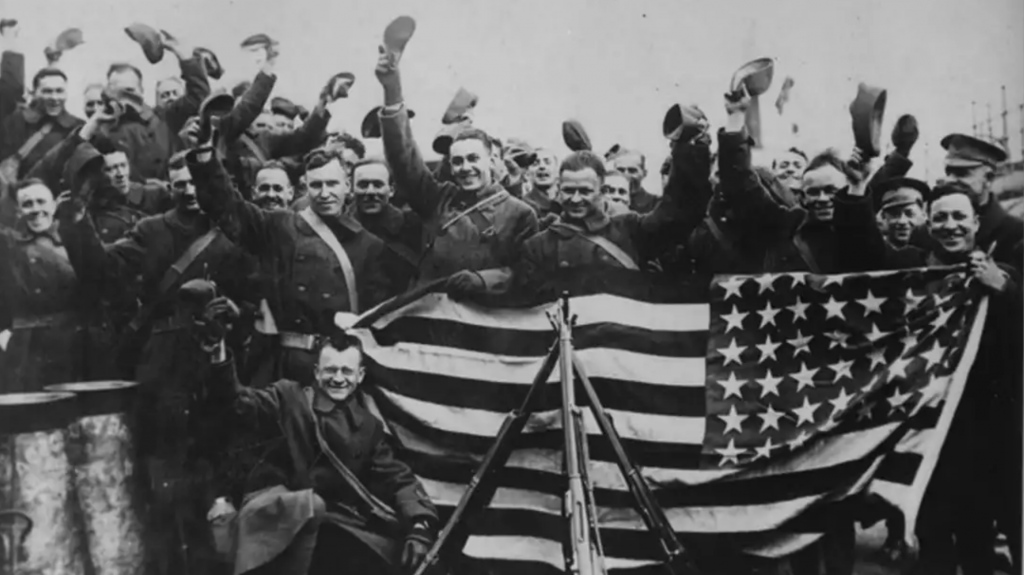 The year is 1919 and the Great War had been over for about six months and there were near on a half million men and a few women back from service trying to make sense of what was going on in the good ol’ U.S. of A.

The thing about it was that a lot of those old boys left in one condition and came home from the war in another. Like for instance, quite a few went away as bipeds, like the rest of us, but a much smaller number came back in that ideal condition. Some were in boxes and some were just missing limbs. A lot of folks went over to Europe with biopic vision, but returned with half or none of that. But then there was a bunch of kids who left looking strong and fit with all their limbs and eyes and those strong lips that they used to kiss their girls goodbye. Then after giving those Huns the what-who, they came back looking exactly just the same way—all those parts in place. I mean, they might have lost a good ten or fifteen pounds, but they had their eyes and faces and appendages intact. A few good Omaha cornfed steaks and sure enough those good American farm boys would have their faces all fleshed out, but the weird thing about war is that, after the hostilities have long since ended, you can still suffer a loss or two back on the home front.

Something that kept every doughboy sober and sane in those terror trenches was having a girl back home to think upon. Some of those ladies was wives and some was just sweethearts. Others was girls who just made a promise because they couldn’t think of nothing worse than sending a man away to war with only the hope of a miserable, lonely existence when he came back. But those girls weren’t always true to their men or to themselves ‘cause they were only human, just like the boys. No one got that then, but we know a bit more about it now. A lot of them, they probably imagined the worst: piece of shrapnel lodged in the skull, cut up throat, or another thing like that. Their betrothed lying in the trenches. Eventually, that thinkin’ll drive you mad. And you can judge those ladies if you want, but I won’t ‘cause waiting out a war is too damn tall an order to ask of anyone.

It’s just that what happened to the boys returning that was tragic. They were just little more than children when they left, they maybe had a case of puppy love, but since they were going off to war, no one cared if they thought it was real or not. So, the young children-warriors were allowed to play at being adult men, and no one minded if the girls went along with it because that’s the way we treated our heroes. Right?

Now, it was three years later, and those soldiers were six months back, some with both eyes and all four limbs; some missing parts. Some had lost an argument with their old service rifles after drinking a bottle of Kentucky bourbon that would still be legal for a few months. “Cleaning accidents” they called it. But most of these boys just came back heroes and walked around with their hearts cracked in two.