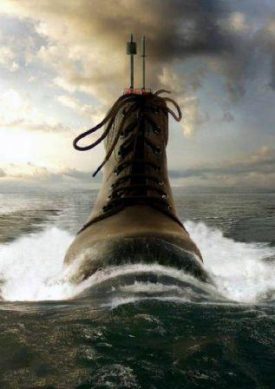 The year is 1919 and it’s Independence Day on the white-hot Coney Island boardwalk. 24-year-old Lester Mansfield, recently released from military service where he was a corporal in the infantry, sits in a tiny wooden shack that’s close enough to the action that the shadow from the Ferris wheel creates a slow strobe effect through the window as it breaks the rays of the sun.

Lester pulls up the suspenders that keep the enormous costume pants from falling down around his ankles. His size 11 foot is inside of a boot that appears to be a size 33, but is actually only a 10½. Lester has quit using Brylcreem. No one can see his hair under the red horsehair wig, so Brylcreem is a waste of money. Besides, the heat causes it to melt and run down his face. He has a little left in a tin at home in case he gets invited somewhere, but that never happens.

Lester, selects three bowling pins from a bin filled with clown props and tosses them in the air to test their weight. Because he hasn’t had any water since yesterday, his mouth is dry and he feels weak.When Lester shipped off to the European Theater during the final year of the war, he didn’t know how to juggle. He didn’t know how to do anything except reload a rifle and put on a gas mask. He couldn’t even read.

On the ship, Lester started juggling his boots from hand to hand. Whenever he could find one someone wasn’t wearing, he’d incorporate a third. Boots are more forgiving than balls for a novice juggler. You can grab them with more ease and they’re easier to see. Besides, there weren’t any balls to be found on the ship. Sure, a few of the boys brought a baseball to pitch around, but Lester was too shy to ask to borrow them. When Lester got to France, he could juggle boots pretty decently. Of course, no living soldiers were going to give up theirs, and Lester needed his on his feet.

By 1918, the trenches were shelled beyond recognition, so Lester spent a fair amount of time in putrid craters filled with putrid water, chemical residue, and gore. He could pick up all manner of things to juggle in these places, including human heads, which he would flip about on occasion. “It ain’t decent, what you’re doing,” a British enlisted man once told him shortly before being knocked off the top of his legs by enemy artillery.

Before he left Europe, Lester had killed twenty-three men that he remembered; rescued a Private Johnson from Kentucky who would be sent home with a nice, clean amputation; and could juggle up to five boots, but also spiked Prussian helmets (Pickelhaubes), bayonets, hand grenades— You name it, Lester could juggle it.

When Armistice was declared several months before our story on Coney Island, Lester still had few marketable skills. To make matters worse, any loud, sharp sound would compel him to fall flat on his face and cover his ears with the palms of his hands. Adults found this behavior alarming or pathetic, but children thought it was hilarious to see a grown man sobbing on the ground, sometimes pissing in his pants.

Once a kid had seen this happen, it was hard for him to forget Lester’s face. Lester would walk through his neighborhood and one of the little bastards would sneak up behind him with a pair of ashcan lids, slam them together, and watch Lester cry in agony. Lester reasoned that if he worked as a juggling clown, that the charms of his trade would keep his tormentors at bay. For the most part, the families who came down to Coney Island were decent folk who monitored their children. People were better about those things once, but every now and then, a young boy would slip out from the watch of their distracted parents and find the shaky clown.

This is the first Fourth of July since the Armistice and Coney Island is filled with uniformed sailors and soldiers walking the boardwalk with their best girls, sometimes with a baby or small child. Often not. They laugh a lot. Like Lester, they came home. There is a lot to be happy about. Lester tries to focus on the older fat cats with families. They have money to tip, and on a holiday, he sometimes can make up to ten dollars.

Once the fireworks start, however, Lester won’t be unable to maintain his composure, and he knows that his failure as a man will be too great of a pain to bear in front of the other young veterans with their pressed uniforms and smiling girls. But he has a contingency plan. Deep in the folds of his motley costume is a cheap Saturday night special that Lester bought at a pawn shop earlier in the week. He licks his dry lips and throws the pins up in the air for one last good juggle.