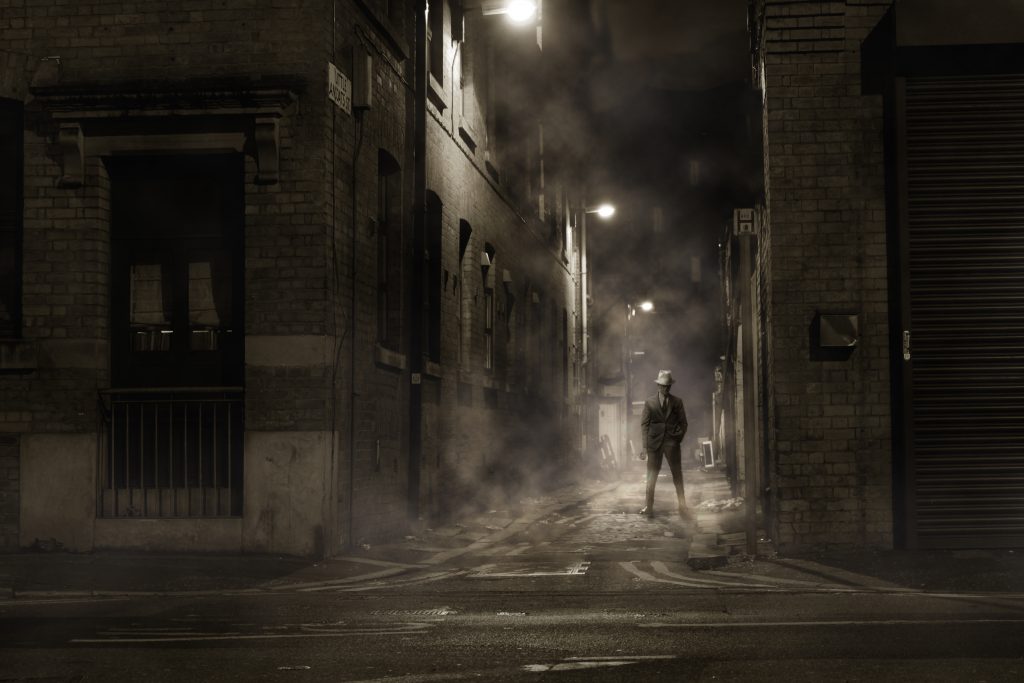 The year was 1918, and we find ourselves in the bustling steel city of Bethlehem, PA. Franklin Buckman is enjoying his first day off from the mill in sixteen days by taking a stroll through the dark, sooty town. Franklin walks down a dingy, litter-filled street to a small local market. He passes bins that have been gray-stained by the perpetual haze of pollution that is the progeny of the endless river of coal and iron that drives the economy in this patch of the world. Produce vendors continuously polish their products in a vain attempt to keep them shiny and gay. Franklin has fifty cents in his pocket, but the fruit, fish, and cheeses aren’t appealing enough to divert him from his original purpose of walking down to Whoreville, the aptly named two-block neighborhood that lies just beyond the market. But before the young steelworker reaches the street of iniquity, he is beckoned to an alley by a sharply dressed man flipping a silver dollar into the air and catching it.

Franklin is always impressed by feats of dexterity, and he admires the man’s ability to toss the coin higher than most and to catch it without looking. The ladies of the evening can wait until he asks the stranger a question or two. After all, Franklin doesn’t just want sex; today is all about experiences. As Franklin approaches, the man turns and moves further into the alley, all the while flipping the silver dollar and catching it. Before long, Franklin and the man are immersed in shadows, and Franklin can only hear the coin as the man flicks it with his thumb and catches it in his palm.

“Hey, Mac. I’m Frank—,” the youth starts to say as he feels a warm liquid trickling down his throat and his neck. The incision is so clean and painless that, even once he recognizes what’s happening, he believes that he can save his own life by clasping his hand over the widening slit.

“Go to sleep,” the stranger whispers as Franklin drops backward to the ground and loses consciousness. The man frisks Franklin’s lifeless corpse and discovers the fifty cents. He takes Franklin’s money but believing that it will connect him to the crime, he throws it, along with the silver dollar, into a storm drain. Not everyone in the seamy underworlds of 1918 is greedy or even a good criminal. The man places the bloody razor in his coat’s breast pocket and heads toward the entrance of the alley where he’s stopped by a woman who asks about the bloodstain on his lapel. But in the time that it takes him to formulate a response, the soot grays it uniformly with the rest of his fancy attire.