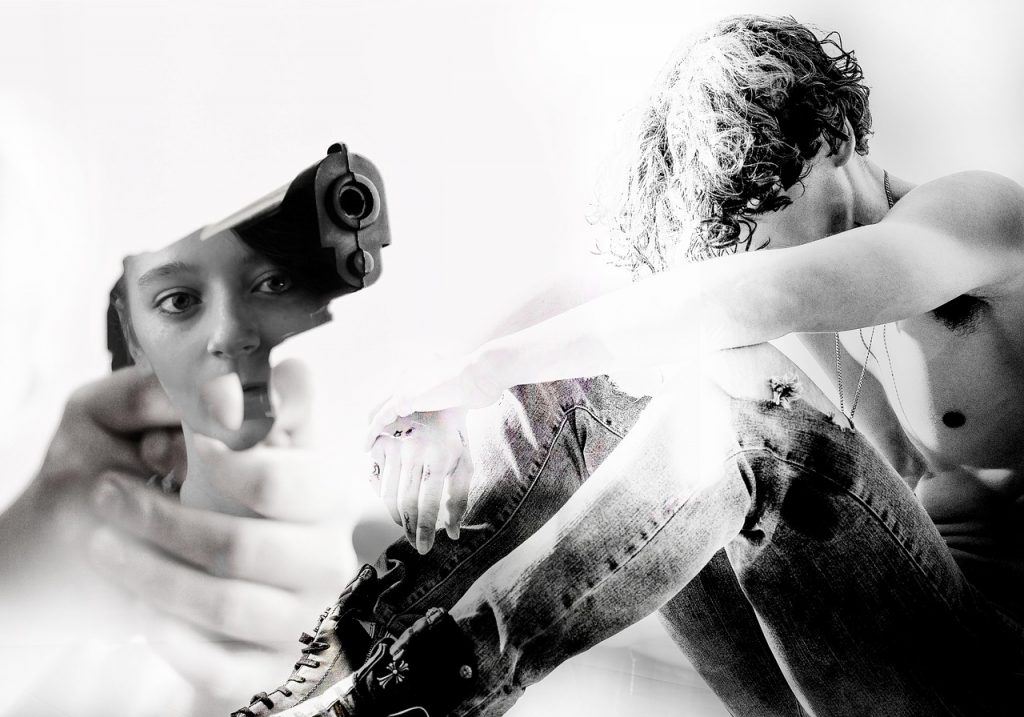 Consider the timeless and romantic figure of the pistolero. Striking in no manner, other than his poverty, he appears at the edge of town leading the haggard old mule that bears his few meager possessions. Ragged pantaloons, a bloodstained, dirty shirt that hangs on his bony frame, and boots that leave nail marks in the hardpan. He has no rig for his gun, so he tucks it into the rope that serves as his belt.

His weapon is simple in design, but it’s accurate, oiled, and balanced. Some of the men in town speculate that the chambers of the large-bore revolver might be empty, based on the stranger’s disheveled, worn appearance—after all, how does a man live past his thirtieth year and have so little to show—but they aren’t making any serious bets on the number of rounds in his gun. Besides, there’s no law against living a life of destitution—or even being beaten down by life, love, and the elements. The pistolero swiftly fades from the consciousness of anyone who has even bothered to notice him in the first place.

The man seeks a livery stable, but the town folk don’t really seem to understand the nature of his request. A young girl holding a basket of individual roses wrapped in cellophane asks to pet the mule, and gives the pistolero half a cigarette in exchange. Finding no place to properly care for the beast, he ties it to a bicycle rack and limps to the door of a package goods store for a taste of whiskey and a match to light the tobacco.

He’s not immediately welcomed, but on the off chance that he has a few coins to spend, the proprietor doesn’t run him off quite yet. Recognizing the potential peril that accompanies the presence of a weapon, the owner of the shop sees the gun as proof that the dusty traveler may still have a few assets left in this world. He tells the vagabond that he might even be willing to trade a couple of bottles of cheap liquor for the good piece of iron, but the pistolero refuses, and instead offers up his mule.

The thirsty pistolero eyes only the small bottles of liquor—those suited for hotel minibars and airplane carts—and asks about the prices. In his annoyance at what promises to be a near-profitless sale, the manager aggressively rattles off prices. Distracted, he doesn’t hear the rusty squeak of the back door being gently shouldered open by a third-party whose trespass can only signal ill intent.

The shopkeep holds up five fingers to indicate price for the two mini-bottles of mezcal that the tramp standing before him holds in his dirty fingers, but instead of reaching into his pocket, the pistolero draws his gun from his waist, levels it over the liquor man’s shoulder, and fires. The interloper, tall, swarthy, but no older than his late teens, drops to the ground, clutching the scarlet spot flowering from the center of his chest. Misreading the situation, the owner grabs the sawed-off shotgun behind the counter, only to find that the barrel of the pistolero’s revolver is pointed at his head.

The store owner stops. Take the liquor. Take the money. He will offer the pistolero all that he has under the bare, fluorescent bulbs just to be able to see his wife and children again.

But the pistolero has a code, and thieving isn’t a part of it. He pays for his purchase with five of his last seven dollars and walks out onto the street where the rose girl emerges from behind a pole that would only be sufficient to shield someone of her diminutive breadth. The pistolero thrusts the warm barrel back into his rope belt, stands with legs apart, shoulders set back, and ignites the torn cigarette as the amber light of the setting sun washes over his tattered rags. He nods once to the rose girl to let her know that the danger has passed. The young lady plucks a rose from her basket and tosses it in the air to the pistolero, but instead of reaching to the sky to catch the offering, he draws his gun and shoots it from the air.

The pistolero is a man who will only accept roses upon his death, and that will not be this day.