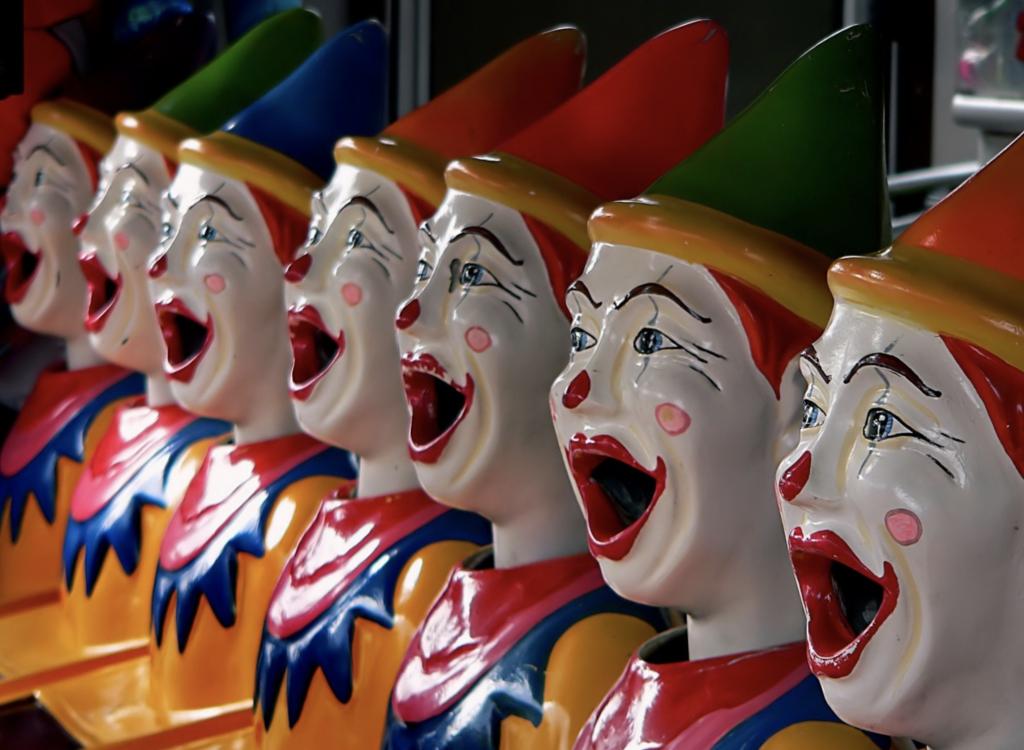 If ever you’re imprisoned in a carnival jail, I need you to remain calm: help is on the way.

I may be on a ride that you didn’t want to get on because turbulent rides “upset your tummy” and I may be irritated because you used the word “tummy” even after I told you how much it irks me out, but that doesn’t mean that I’m not coming for you.

Whenever I get off the Graviton or the Himalaya or even the Salt and Pepper Shaker, and I see that you’re not watching me from the ground while you cling to that natty bear that I won for you from the tattooed man with the needle tracks who derided my ability to shoot water into the mouth of a plastic clown, I’ll come looking for you.

And even if you have to sit on the sawdust floor of that ill-designed birdcage while I peruse the caramel apples that salute me with popsicle stick arms from an unsanitized trailer cars, I want you to know that I’m just carbing up to get ready for the big jail break.

And if from a distance you catch me stopping off to shoot a red star out of a piece of paper with a tommy gun or swing a hammer down onto a lever while on the way to your rescue, please understand that I’m a prisoner of my own fragile masculinity and cannot allow a challenge to go unaccepted.

But when I’m done or run out of the tickets that they make you buy because they don’t trust drug-addicted carnies with cash, even if you’re surrounded by clowns—and you know I hate clowns because of that incident I had as a child when my mother and her clown lover made me wear makeup just to try out a new look for his big clown show—I’m still going to break you out of that collection of two-by-four pine and three-penny nails.

I pass a haunted house. I pass a blind auction. I pass a greasy, red-faced man selling elephant ears. Slow Ride by Fog Hat is coming from a nearby speaker on a pole. I stop briefly at the petting zoo when I see a llama, but that llama isn’t you, baby, so I come to you. Don’t hate me for that, darling. Even mighty Ulysses had to conquer the temptation of the Sirens.

Fortified with church wine and surprisingly pricey carnival beer (six goddamn tickets? It’s highway robbery even!), I will challenge the weaknesses of your cell. And even if the carnies leave their spinning rides to subdue me, I won’t stop fighting until I break you from that box or I borrow five dollars from you to pay your bail.

I’ll pay you back, baby. You know I’m good for it. I did win you that bear, however.