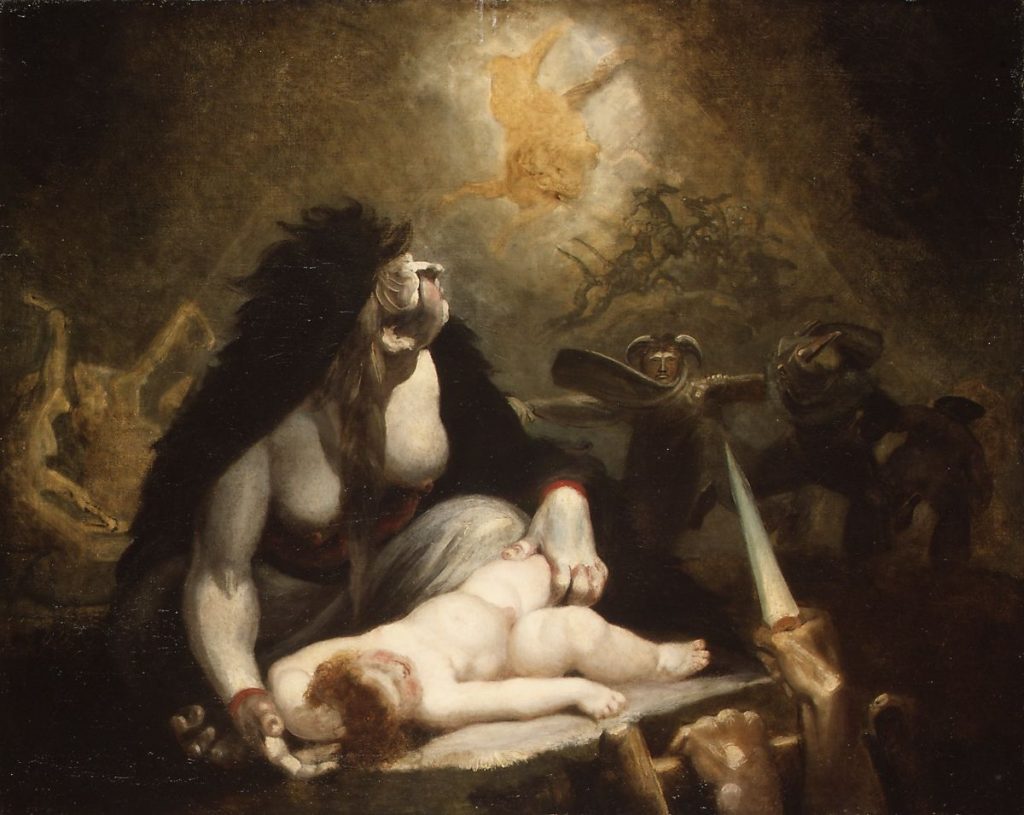 Yeah, I get invited to the occasional Halloween party, but I typically RSVP “no,” or I’m just a no-show because of something that happened to me a few years back. This event wasn’t exactly on Halloween, but maybe a few days before—I can’t remember that detail. When I went to my car whatever morning it was for work, there was a weird little voodoo doll made mostly out of burlap stuck under the windshield wiper. It had a little slip of paper pinned to it inviting me to a Halloween party that night at an address I didn’t recognize.

You might think this would be a little offputting, but the whole thing just seemed like good fun. The invite was printed out and there were lots of Halloween cliches. “Eat, Drink, and Be Scary.” “Bring Your Own Boos!” I didn’t have much time to think about it, so I tossed the doll in my briefcase and headed off to the office. It was utter chaos that day. Production had fucked up on a delivery, so by the time five o’clock rolled around, we all went to the local watering hole for a drink or three. Eventually, our boss picked up the tab and that was a cue for us to leave, but I really didn’t want to head home just yet. I’d been recently separated from my wife and she had taken the dog, so there was no reason to rush home to my depressing, empty house.

I remembered the voodoo doll invitation and I thought maybe I could find a costume to go with my office uniform, which consisted of a dark suit, white oxford shirt, and a silk tie—now rolled up in my coat pocket. I found one of those Guy Fawkes masks at a Party City that V for Vendetta had made popular among the anarchy crowd and thought, “Good Enough.” I picked up a bottle of Tito’s at the liquor store next door, took a swig, punched the address into my GPS, and I was on my way to a party.

I didn’t recognize the address and had no idea which one of my friends was hosting it, but it was in one of those neighborhoods that had been earmarked for gentrification, and it was entirely plausible one of the young killers on our sales team had picked it up to flip it in a few years.

It looked like a typical Halloween party maybe minus decorations. Other than that oversight, purple light was emanating from the windows and I could hear Donovan’s Season of the Witch playing softly from somewhere inside. The front room was dark and empty, which I thought was odd for a party, but it was a nice night and I figured everyone was out back enjoying the cool fall weather. I hoped there was a table I could maybe slip my bottle of vodka onto before anyone noticed that I had already drunken about a quarter of it. In case you didn’t know this, drinking from the bottle on your way to a party is bad form.

There was a little table in the corner with a bowl full of those peanut butter candies wrapped in black and orange wax paper. Some drunken slob had knocked a few to the ground, so I stooped down to pick them up and put them back in the bowl. As I was reaching for one, I also noticed there was some broken glass and a strange streak of blood right by the table. I didn’t have time to process the new observation, because something tore through the orange wax paper and clamped into my thumb.

The pain was excruciating, but I couldn’t shake whatever it was off. When I brought my hand up to the violet light, I saw a tiny pale crab-like claw was digging into my thumb. I tore away the wax wrapper to reveal the creature. It looked something like a malicious hermit crab if you can imagine such a thing. Big eyes on stalks, giant front claws, mostly exoskeleton. I fell backward onto my ass when I felt another set of claw teeth bite me through my pants. Some motion caught my eyes from above and I saw the bowl of candy begin emptying on its own. The little candy monsters dropped to the floor and surrounded me, a few taking fresh bites from the meaty parts of my thighs and calves. I tried to move, but my muscles were paralyzed and I fell backward. I felt my weight being distributed across their little stony bodies and could hear the crinkling of their waxpaper disguises beneath me.

I was aware that there were more chunks being taken from my flesh as I slid across the floor, but it no longer hurt, which I assumed was from the venom. I was slowly dragged to another room where there were hundreds more of these candy wrapper creatures feasting on other partially clad partygoers. No one was moving and I couldn’t recognize their faces, which were mostly gone. I knew I was going to die and that it would be soon, so I threw up, the vomit spilling down my chest.

When a skinny black cat staggered tentatively into the room, I was still terrified, but also a little annoyed. I assumed any interruption would prolong my terror, and I thought the things would just eat the bony stray as a snack. But the little candy monsters moved away from the interloper. In my depleted state, I couldn’t tell if they respected or feared the feral cat, but the biting had stopped, and for that, I was grateful. The cat sauntered over to me, sniffed my chest, and began licking the vomit from my shirt while all of the little wrapper creatures watching from a distance.

I began feeling some of the sensation coming back to my limbs and they felt exactly how you would imagine they would after having tiny bits of skin removed from your body. I moaned weakly for all the good it would do. I estimated a hundred or so bites had been taken from me, some of them deep. I was sure I’d still die.

I still was unable to stand when a tall and thick woman dressed in a black unitard and white facemask entered and began inspecting the room. She picked up the feral cat, gently put it outside the back door, and then examined the bodies. I guess she knew I was still alive, but it didn’t seem to matter to her. She placed a black cloth sack on the floor and held up one end of the opening. All of the little crabs—some wrapped and some unwrapped—began to climb inside. When the last one was collected, she drew it closed, threw it over her shoulder, and walked out of the room. Maybe she had run out of time, but I had no way of knowing.

It took me the better part of a day before I could regain enough strength to leave the house. When I did, my car was missing. The street was mostly empty. I cleaned up in a nearby gas station bathroom and called an Uber.

Image via the Metropolitan Museum of Art