The only heating fuel you use to warm your home in the winter is clean West Virginia coal. Sure, you might enjoy a few beers with your burgers and franks—despite their German lineage—but after tasting good, old-fashioned American lead in two consecutive World Wars, you’re pretty sure the Huns know who the big boy on the block is. The car in your garage was built in Detroit, and the gun that you sleep with under your pillow was designed by Samuel Colt.

You love your home, your family, your God, and your country, but now, when you go outside, you notice a few of your neighbors’ teenagers wearing some sort of newfangled tennis shoes. They’re generally good kids. Well, they might get a little rowdy after the football game on a Friday night, but who doesn’t at that age? After all, you were young once.  Still, you have a feeling that these shoes might spell trouble. So, you gather up your family and drive down to Bill’s Sporting Goods over on Jackson and Willow to do a little investigating. Bill is an old war buddy, so you know that he’ll get where you’re coming from.

Besides, maybe it’s nothing.

Bill pulls a box down off of the shelf and hands you a pair of the fancy sneakers for your examination. “I’m a little curious myself,” Bill says. Sure enough, there’s a label on the downside of the tongue that quietly declares that these shoes, despite being an American brand, are made in a country that we all know wouldn’t still be in existence if it weren’t for the sacrifice of solid American men, like you and Bill. “The sporting goods company said they’re American,” Bill explains. “Why would I doubt it?” He’s embarrassed and vows to send the foreign shoes back to Asia where the traitor company is making these brightly-colored abominations, but you have a better idea. You purchase a gas camping grill and ten pairs of these  alien devils. It costs you half a week’s pay, but you feel good about what you’re doing.

You walk outside, set up the grill in the parking lot, and say a prayer. When you look up, your children are covering their hearts with their right hands and holding pairs of the foreign-made Nikes out over the flame with their left hands. After you’ve done your duty as an American family, you proudly swagger back into Bill’s and purchase the only athletic shoe that you know traces its roots all the way back to the early days of the United States Rubber Company: Keds Sneakers. With a name like Keds, you don’t even need to look at the label.

Of course, no one wants to go home without showing off their shiny new Keds. Mom suggests ice cream, but before you can enthusiastically agree, six-year-old Suzy cries, “Make mine a vanilla!” 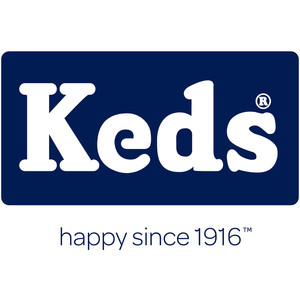